How to stop automatic Google Plus image backup

How to stop automatic Google Plus image backup

Nowadays, many people are using their mobile phones and tablets to take pictures and save them on their computers. But, one thing that some of you might not know is that, if you are using your Google account to synchronize your contacts, emails, and other information with your mobile device, all of these photos are automatically backed up to your Google+ account. While this might prove to be quite useful for most users, you might prefer to disable this feature. I will show you how to do that in the following lines.

In order to disable this feature on your Android-based mobile phone or tablet, you will first have to launch the Google+ app, which is, most likely, already installed on your device. Once you have done that, access the "Settings" menu. 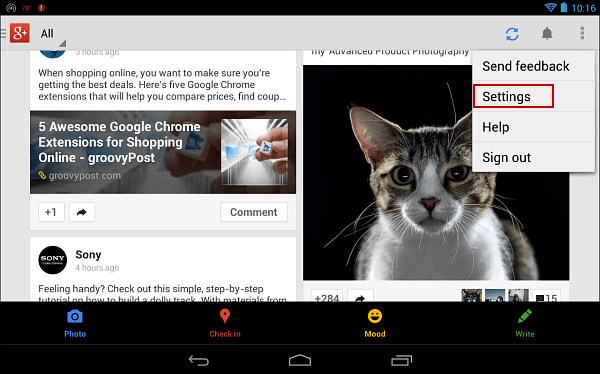 From there, tap on the "Auto backup" item, under "General Settings". 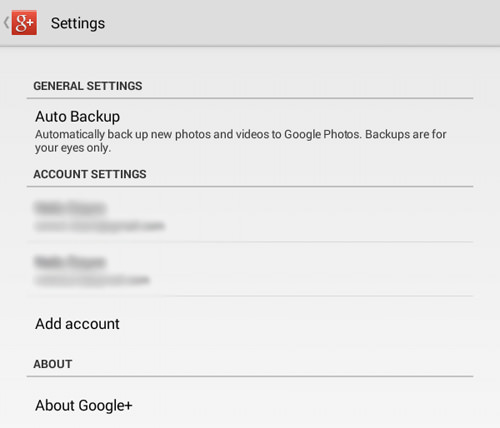 Now all you have to do is turn off the "Auto Backup" option by tapping on the button. 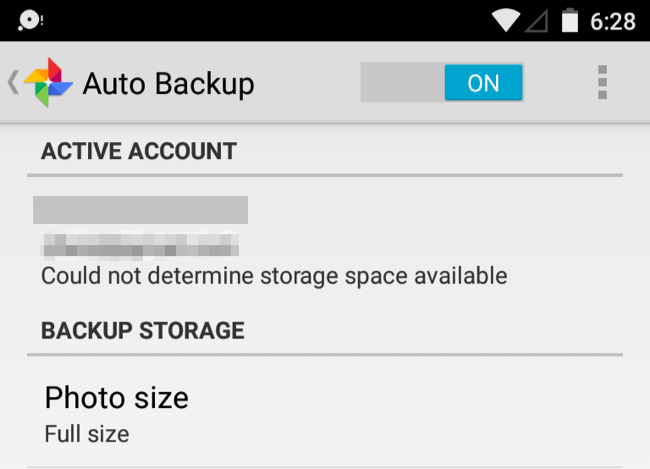 The process for an iOS device owners who want to stop Google+ from automatic backup creation of pictures is similar to the one for Android phones and tablets. First, you will have to locate the Google+ app and launch it.

Once you have done that, open the menu (hamburger icon) and tap on "Settings". 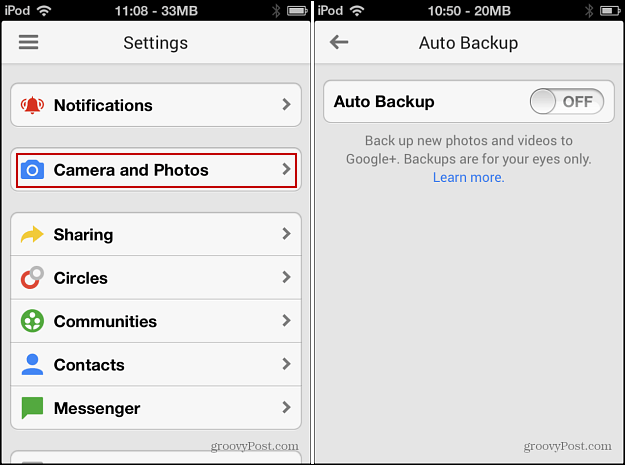 From here, simply tap on the "Camera and Photos" option and switch off the auto backup feature. It's that simple.

As you can see, disabling the automatic backup feature for Google+ on your Android or iOS devices is a very simple process. Depending on the app version you have installed on your phone or tablet, the appearance might be a bit different, but the process remains the same.

If you have any questions about this topic, feel free to leave me a message in the comment section below.

Tutorial tags
featured Feb 13, 2018
How to download all files from a Cloud storage
featured Feb 26, 2015
How to Convert DOC to PDF on Mac OS X for Free Using TextEdit
featured Jul 05, 2018
How to clean registry
Check our latest how to articles