How to Use Microsoft Excel 2016 keyboard shortcuts

How to Use Microsoft Excel 2016 keyboard shortcuts

If you work in a big corporation or if you have to deal with data and numbers on a regular basis, then you might already be familiar with Microsoft's famous spreadsheet application - Excel. However, the latest version of this program, Excel 2016, comes with new list of keyboard shortcuts that can help you speed up your workflow and instantly access functions or features without having to browse through menus and tabs.

In the following lines I will show you some of the most popular keyboard shortcuts, and what they do.

Unfortunately, Microsoft removed the keyboard shortcut customization option for Excel 2016. If you want to make your own hotkeys for Excel, then you will have to install an older version of the program.

Before we start talking about specific keyboard shortcuts that are exclusive to Excel, there are a few hotkeys present that you might have encountered while using other applications.

So, if you are familiar with these keyboard shortcuts, you know how much they can ease your work and, if not, then you might want to start using them.

The ribbon is a term used by Microsoft to refer to their own type of toolbar that was introduced with Microsoft Office 2007, and it groups an application's features in tabs for a quicker and easier access. With the help of keyboard shortcuts you can switch between them and access the desired functions and commands in just a couple of seconds without having to use your mouse.

In order to view the available shortcuts, all you have to do is press the "Alt" key to bring up the corresponding letters for each tab, as you can see in the image below. 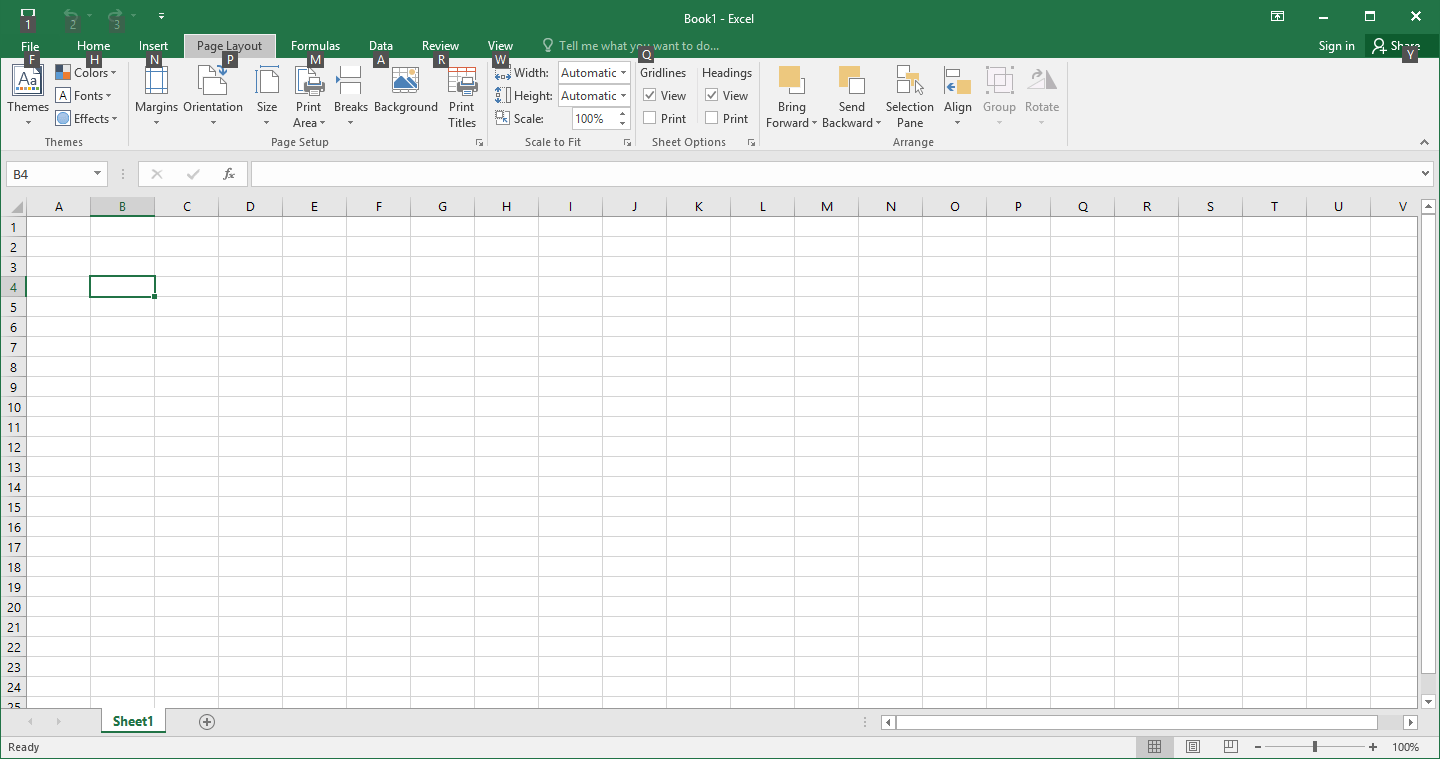 For example, you can press "Alt" and then the letter "P" to instantly go to the "Page Layout" tab. Moreover, once a tab has been activated, a new series of keyboard shortcuts will appear that will allow you to access specific functions or commands from it. 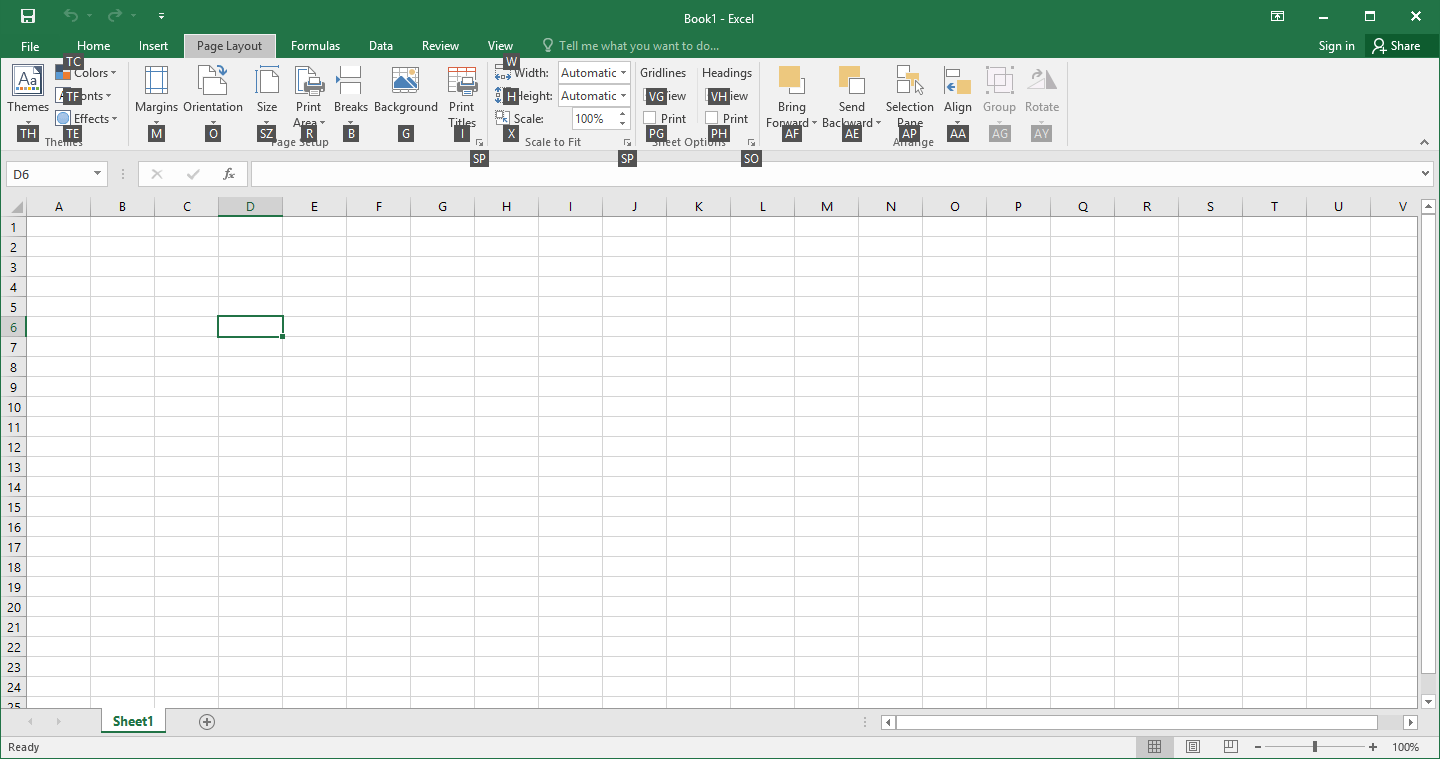 It might take a while to get used to these keyboard shortcuts, but, once you become familiar with them, you will be able to instantly insert functions and access commands from different tabs in just one or two seconds.

In Excel 2016 all of the function keys present on your keyboard are assigned to various commands. Even if that is also the case for older version of Excel, some of them were modified and, now, perform different tasks.

Here are some other keyboard shortcuts that you might find quite useful:

As I have stated before, there are just some of the many keyboard shortcuts that Excel 2016 puts at your disposal. If you want to view the entire list of available hotkeys, then you can easily bring out the "Help menu" from within this program (F1) and type "keyboard shortcuts" or you can access the following link. 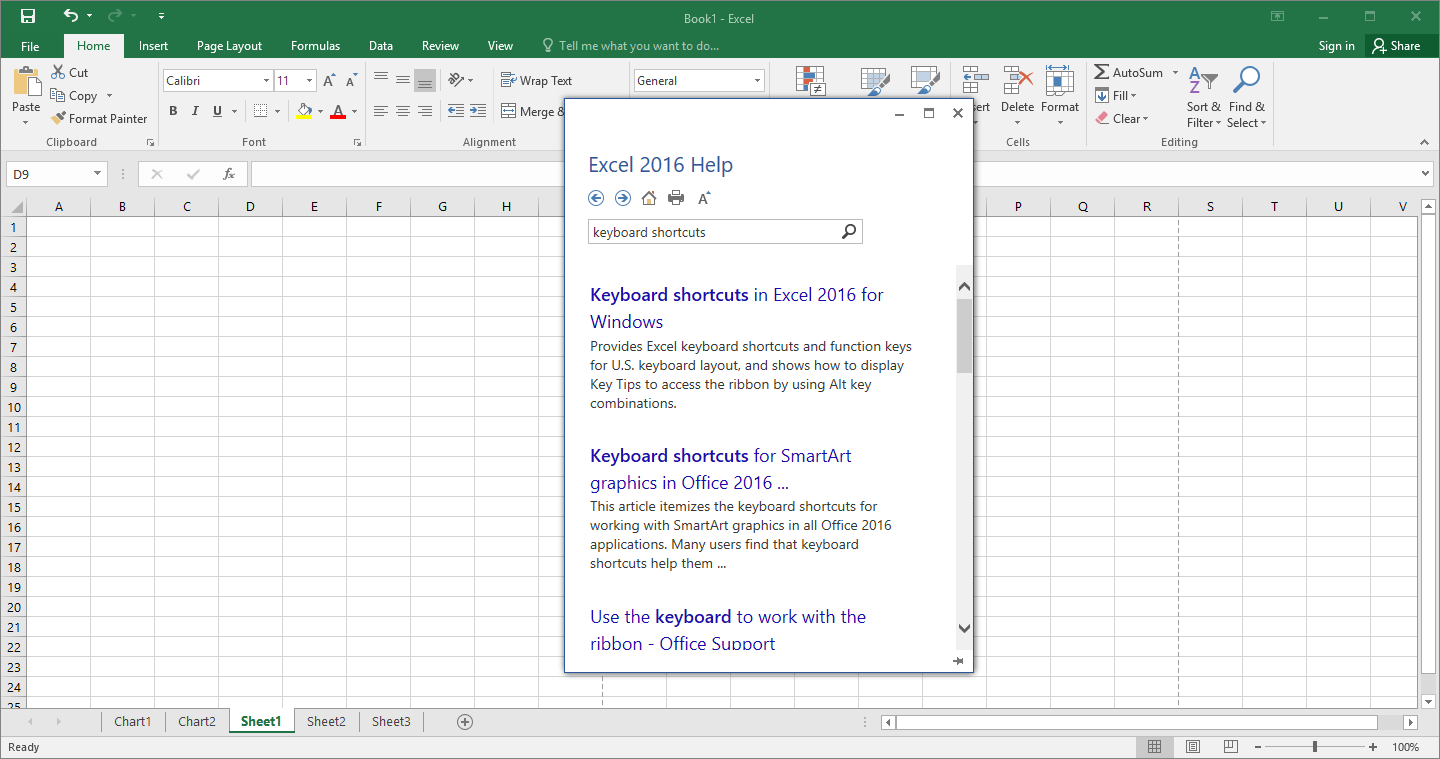 Now that you know how to find all of the desired keyboard shortcuts in Excel 2016, either by checking the list of available hotkeys or by navigating through the ribbon menu using the key tips (press "Alt" or F12 to display them), it's just a matter of time until you will be able to perform your regular commands and insert data into your spreadsheet in an instant.

If you have any questions or comments regarding the keyboard shortcuts in Excel 2016, feel free to leave me a message in the section below.