How to play Pokemon Go on your Mac

How to play Pokemon Go on your Mac

Pokemon Go was clearly the game of this summer. This free-to-play, location-based, augmented reality game is the actual definition of a social media phenomenon, having an undeniably powerful cultural impact. The players want to enjoy it not only on Android or iOS portable devices but also on other systems and platforms, like their Mac computers. Here I intend on presenting the simplest and most common ways of playing Pokemon Go on your Mac.

BlueStacks is a famous Android emulator, probably the most popular tool of its kind. Since it's capable of enabling Android apps to run on Macintosh computers, it's also able to make the Android version of Pokemon Go run on Mac systems.

1. First, download BlueStacks from here and install it on your Mac.
2. Run BlueStacks and locate the search function.
3. Click on the Search option and type in Pokemon Go. 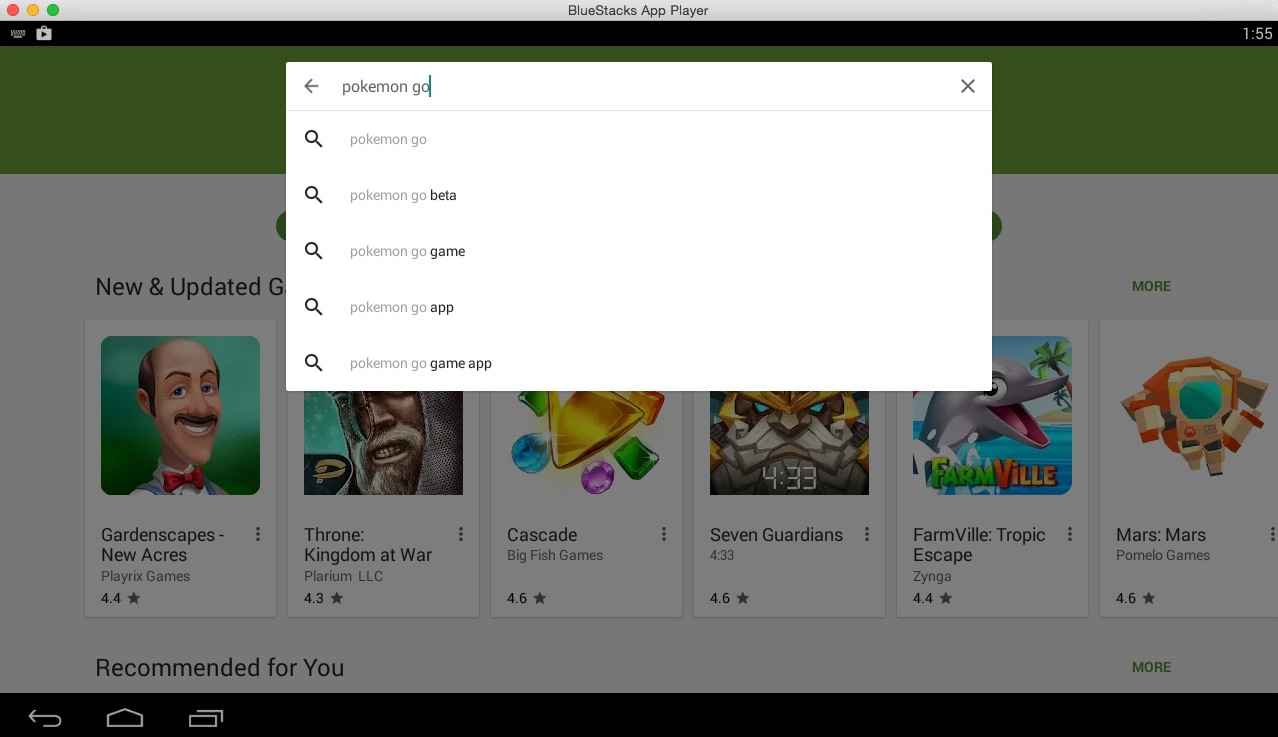 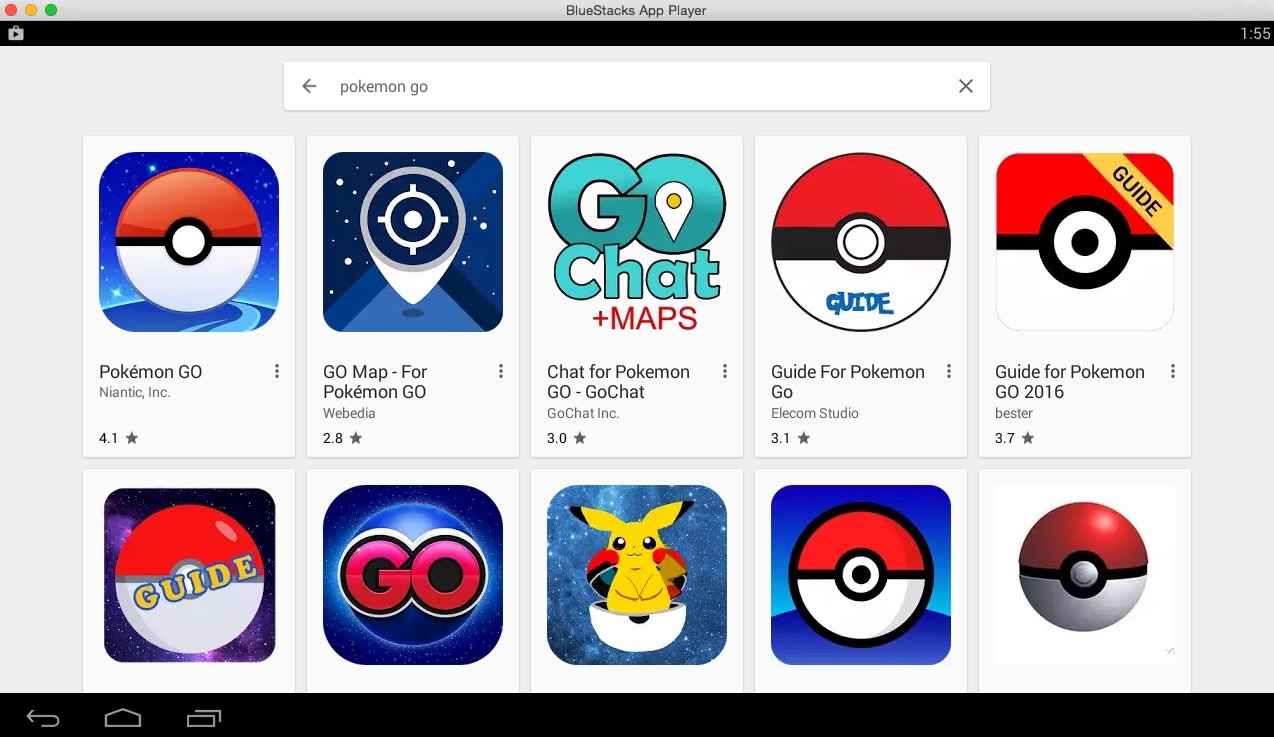 4. Install Pokemon Go from the Google Play Store as you would normally do using your real Android device. 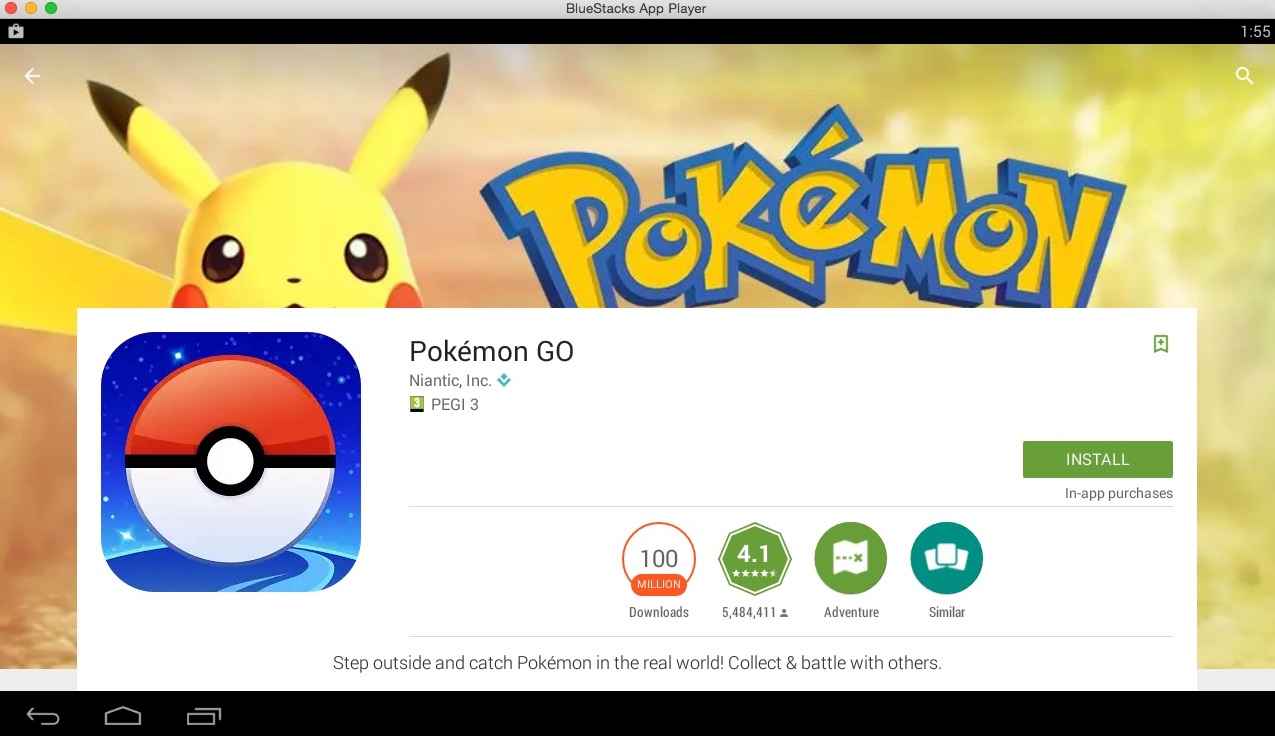 5. Wait for the game to be downloaded, then click Open and enjoy it.

If laziness is a characteristic that you embrace without shame and cheating is not something that will give you trouble sleeping at night, then you might also be interested in using GPS faking apps that let you simulate walking using fake GPS coordinates or by spoofing the current GPS location.

Screen mirroring has become quite popular lately and represents the self-explanatory technique of identically replicating (mirroring) the screen, together with all screen activity, in real-time, of a portable device, like a smartphone or tablet, onto the larger screen of a laptop, desktop computer, TV, etc. The disadvantage of screen mirroring is rather obvious: you also need an Android or iOS portable device with Pokemon Go installed. Anyway, if that's not a problem, then my recommendation for Android device owners is to install the Vysor for Chrome extension. As you've probably already figured out, you need to have Google Chrome installed on your Mac. Then, after you install this Chrome extension, you should also check that you have USB debugging enabled in your Android smartphone settings. So here are the steps to follow:

1. Enable the Developer Mode on your Android device by going to Settings, then to the About Phone submenu, then scroll down to the Build number and repeatedly tap on it until it says you’ve unlocked Developer Mode;
2. Go back to the main Settings, select the newly activated Developer options, locate USB debugging and set it to on;
3. Set your phone's display to always on, if this setting isn't already enabled (how to toggle it differs from phone to phone);
4. Install the Vysor Chrome web app on your Mac;
5. Open Vysor and plug your phone into your Mac, as instructed;
6. Visor will automatically install itself on your phone and then the phone screen should be mirrored on your computer;
7. You can replace the "pinch to zoom" operations with double clicking and holding on the second click, before dragging the mouse up and down.  Therefore you will be able to zoom in and out and see more of your surroundings in the Pokéworld.

This isn't exactly a method for beginners and inexperienced users, but if you're a tech-savvy user you may find it really handy. This Github project is primarily intended to allow the spoofing of your iOS device GPS location while playing Pokemon Go, but it also can be used for the simpler purpose of playing Pokemon Go on a Mac computer. Its unique advantage comes from the fact that it can also allow you to move around using built-in controllers.

It requires you to connect an iOS device with Pokémon Go installed to your Mac via USB. Xcode is also required. Then, the steps below will eventually enable you to play Pokemon Go on your Mac, while also being able to auto walk, subway, and teleport as well.

1: Launch Pokémon Go on your iPhone, then connect the phone to your Mac;
2. Start the pokemongo-webspoof app which you may download from here;
3. Xcode will be launched automatically once you start the app. Rename the Bundle Identifier to anything you prefer;
4. Build and Run the Xcode project and check the Auto update Xcode location;
5: Go to Debug > Simulate Location > pokemonLocation.
6. That's pretty much all of it, now you may enjoy playing Pokemon Go on your Mac.