How to record Skype calls

How to record Skype calls

Although it's an undeniably popular, powerful, and handy tool to make voice calls or text/video chat with whomever you want, Skype still misses a vital feature that many users simply can't do without, particularly, call recording for both video or audio calls. Until Skype gets updated and improved to natively support call recording, your only option left is to use third-party Skype call recording tools. Even Skype's official support pages list such tools, so, finding them isn't hard at all. In this guide, I will show you how to record Skype calls using three of these tools, the best ones in my opinion: Evaer, Amolto Call Recorder, and MP3 Skype Recorder.

1. Install and launch Evaer.
2. Authorize Evaer within Skype (allow Evaer to access and use Skype) when asked to.

3. Evaer's main interface will display a "ready" message when it's prepared to start capturing calls. Press the "Record" button when you want to start and stop the recording. The record will be then shown on the list on the same window. You can right click any recording and select one of the available options in order to listen to it (Play), rename it (Rename), or delete it (Delete). 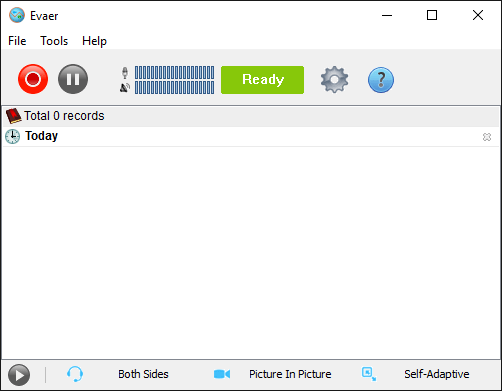 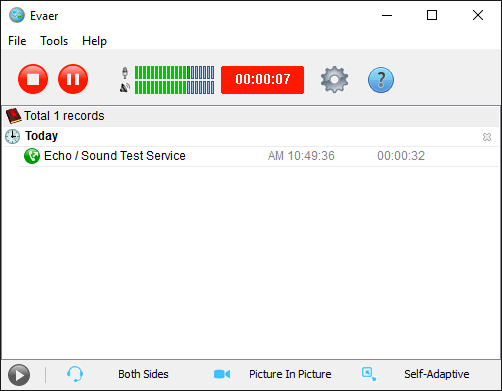 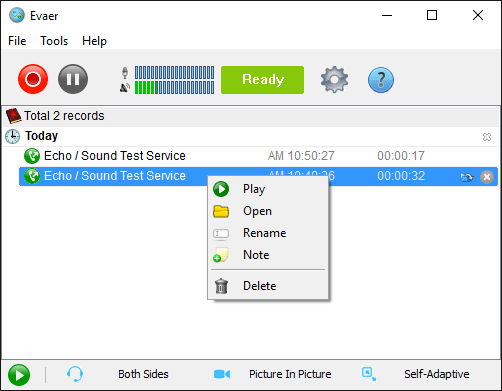 Amolto Call Recorder comes with a more detailed recording history list available in a separate window. As for the rest, there aren't any special features. It can record the voice calls to MP3 files, it includes an audio player that lets you listen to the recordings, it can also record video calls (only with the paid versions), and so on. It's also really effective and easy to use.

1. Install and run it. You won't be asked for any additional Skype authorization and won't even need this setting unless you want to enable call start detection, in which case you should go to Amolto Call Recorder's options window and tick the "Use Skype Desktop API" option. Then Skype will pop up the "Allow access" message. 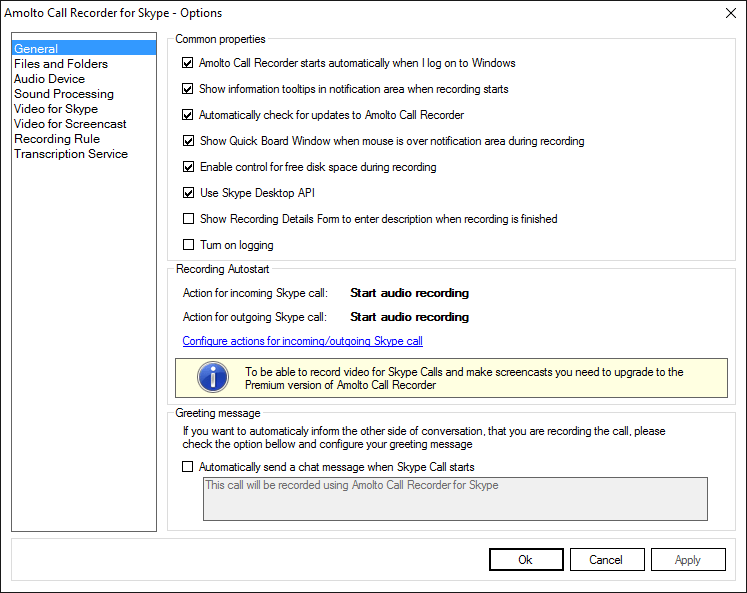 2. Press the "Start Recording" button whenever you want to begin recording.

3. Once a record is complete, it can be played, deleted, or have its file tags edited from the "Recording History" window. 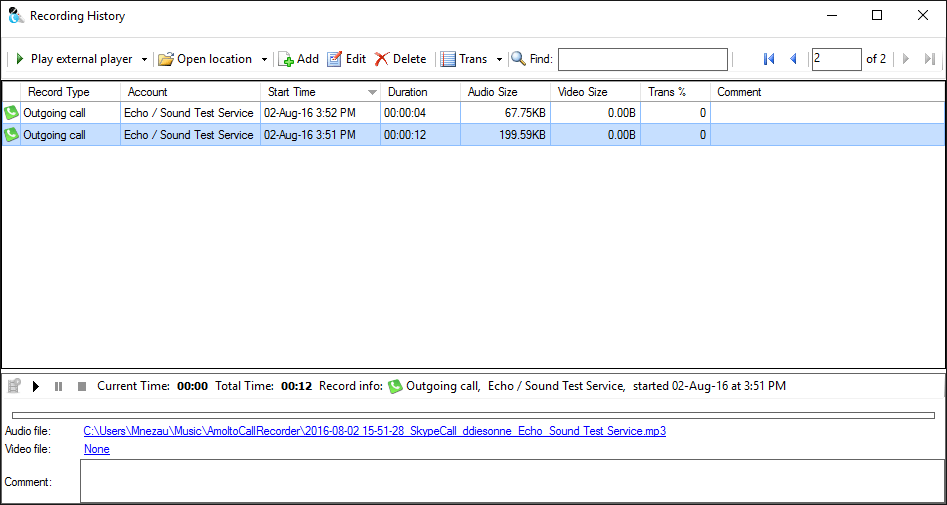 MP3 Skype Recorder can automatically record every Skype call, without user intervention, upon the detection of the conversation. Furthermore, it can record several calls simultaneously (when one is active and the others on hold) and save every call in separate files. Unfortunately, it doesn't include a playback function, so, you'll need a third-party audio player to listen to the recordings, which also makes managing them a bit more difficult than it should be.

1. Install, run it, and allow its authorization request within Skype when asked to.
2. If monitoring is switched on, the recording will start immediately and automatically, upon the detection of a call. The recording can then be found in the destination folder, as mentioned in the program's interface. 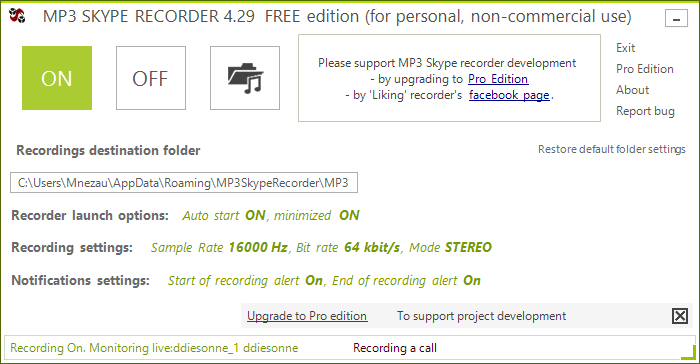 As you can see, MP3 Skype Recorder is by far the easiest to use of all the presented Skype call recorders, but unfortunately, it also lacks some features that many users will probably appreciate.

In conclusion, it's up to you to decide which of these tools seem to better suit your Skype call recording needs. Any of them will make it a simple and easy job, so, the fact that Skype doesn't include any recording capabilities by default won't matter at all anymore.