How To Make Google Chrome Use Less System Resources

by Vlad Tiganasu 6 years ago 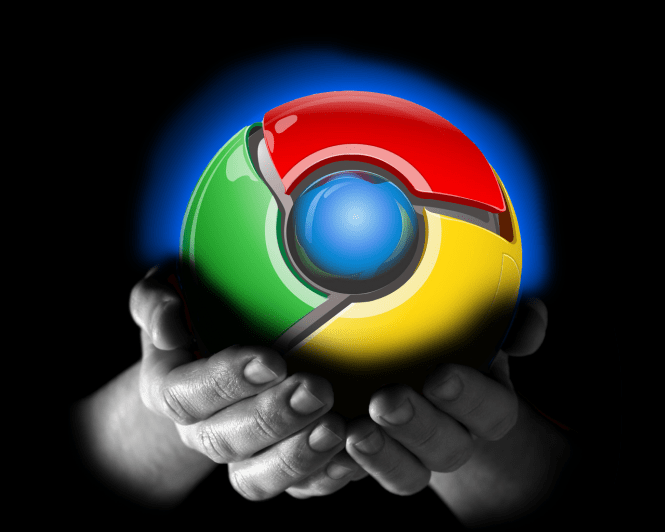 How To Make Google Chrome Use Less System Resources

When it comes to web browsers, the popularity battle is fought between three parties: Google Chrome, Mozilla Firefox and Internet Explorer (although it's quite likely that the latter is on the list as it comes as the default browser of the Windows operating system). According to recent surveys, Chrome is currently in the lead - around 45-48% of the total number of users. There are also several other popular Internet browsers, like Opera or Safari, but none of them comes even close to the number of Chrome, IE or Firefox users.

Even though Google Chrome is the most widely-used web browser in the world, it is a well-known fact that it is a resource-hogging application, especially when it comes to RAM. If you are curious about how much of your system's memory Google Chrome uses, simply launch the Windows Task Manager and prepare to be shocked. Furthermore, being such a resource-hungry browser, it also takes a bite out of your laptop's battery life and can even badly affect the performance of low-end computers. Luckily, there are several ways to tackle this problem without changing the browser, and I will describe some of them in the guide below.

As you might already know, there are lots of extensions that are available for Google Chrome. Some of them are quite useful (such as ad blockers or extensions that can help web developers), but you might not always need others (like the ones that can help you customize the way Chrome looks). Nonetheless, these browser extensions tend to use a lot of your computer's memory and you can easily view exactly how much by clicking on Chrome's menu icon (the three bars in the top-right corner), and selecting Task Manager under "More Tools". 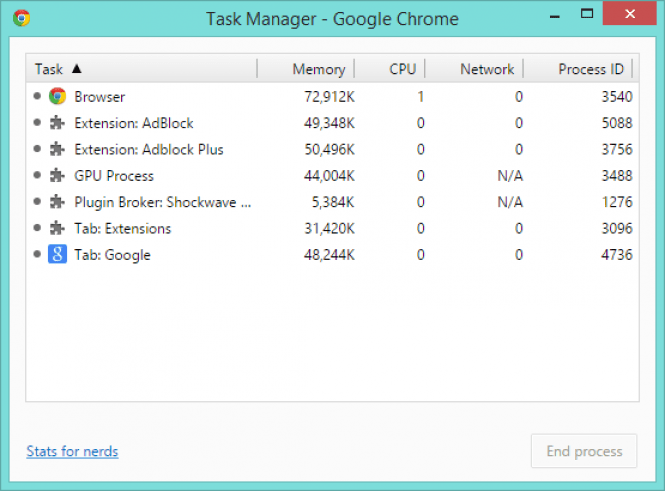 As you can see, all the extensions have the "Extension:" tag at the beginning of their names and tend to occupy a part of your computer's memory.

So, in order to make Google Chrome use less memory, simply go to your Extensions page (click on the menu icon, go to "More Tools" and select "Extensions") and remove any unnecessary browser extensions that you might have installed. 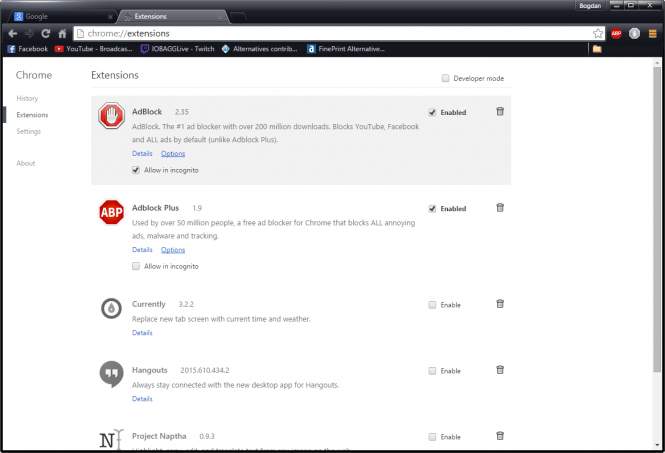 You can also use Google Chrome's Task Manager to temporarily disable extensions simply by terminating their processes. You can also prevent some of the pages from running in the background.

Having multiple tabs opened while surfing the Internet is convenient, but in case of Google Chrome this can greatly affect your system resources and battery consumption. By default, Chrome opens a system process for each opened tab (process per tab) which takes a lot of memory, CPU and battery chare. The amount of system resources used by background processes can easily be viewed by launching the Windows Task Manager.  So, a simple solution to this problem is to refrain from opening twenty-something tabs in a single session. You can easily bookmark your favorite pages and access them with a click of a mouse whenever you need, instead of keeping them in a separate tab all the time.

However, if you are used to keeping multiple tabs opened during your browsing sessions and you want to keep it that way, then here are the two commands which will lower the memory usage of Google Chrome.

As stated above, Chrome opens a system process, by default, for each opened tab. This command is called process-per-tab. Now, by using the process-per-tab command you will cause Google Chrome to open a single process for each website, instead of each tab. For example, if you open multiple Youtube windows in separate tabs, you will only have a single process for all of them. This may significantly lower the memory usage. To do that, just right-click on Chrome's shortcut on your desktop, click Proprieties, go to the Shortcut tab and append the command -process-per-site at the end of the target files, as you can see in the image below. 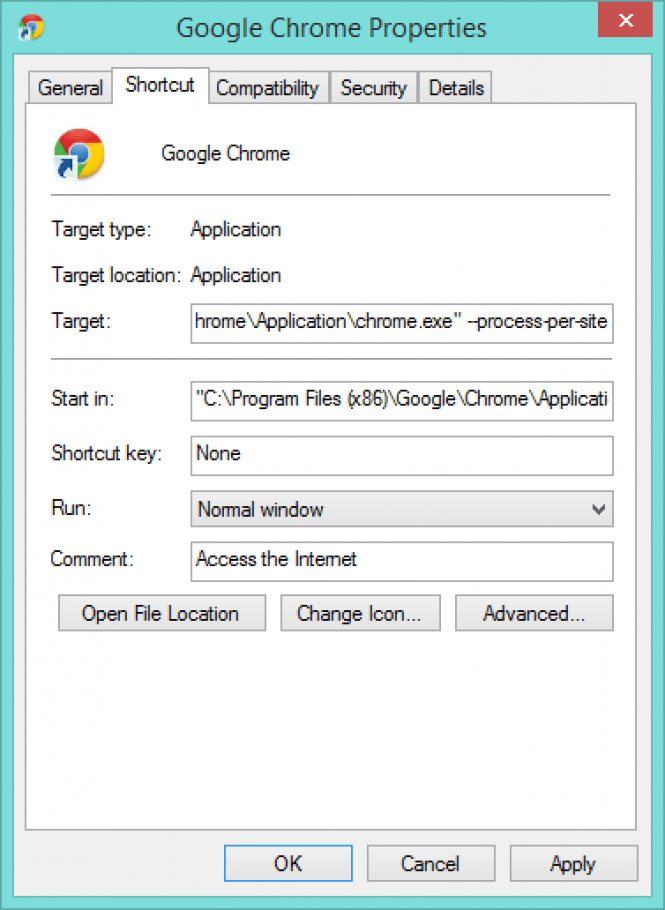 If, after appending the process-per-site command to the target filed, Google Chrome still uses a lot of memory, you can also try the single-process command. This command will make Chrome open just a single process, regardless of how many different tabs you have opened. In order to launch Chrome using this command, simply append the -single-process command after the target files in the Proprieties window. 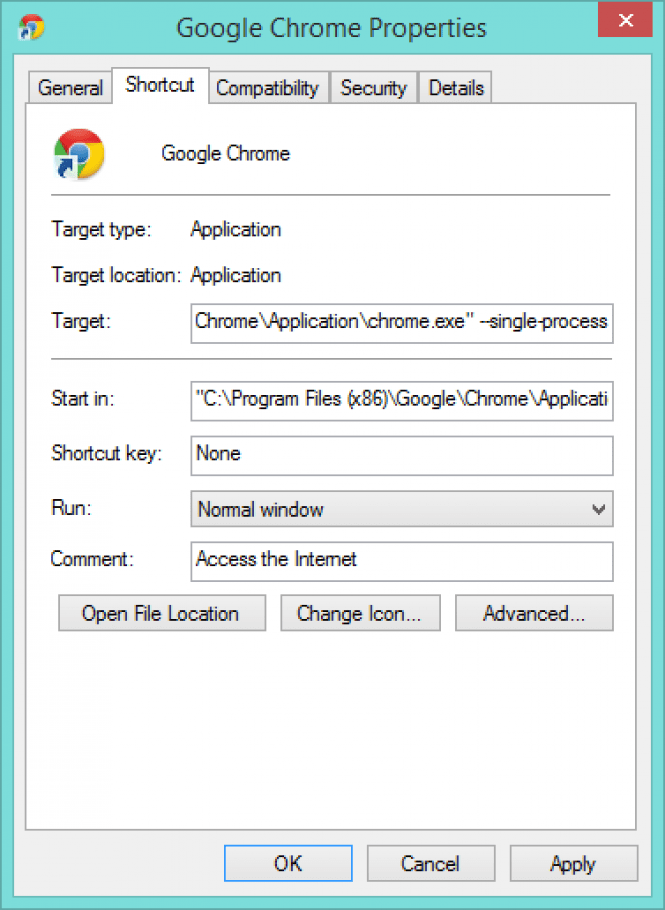 Even though these commands might lower the memory usage of Google Chrome, they can also make your browser crash in case an error occurs in one of the opened tabs (like Flash Player crashes).

You might have noticed that every time you access a web page containing Flash advertisements the plug-in is instantly played, which means that Chrome will use additional memory to play the content and shorten the battery life. The same goes for every other type of plug-in, not just Adobe Flash ones. Luckily for you, there is a way to prevent these plugins from being automatically played in the background. If you want to do that, you simply need to access the Chrome's Settings page, click "Show advanced settings", open the "Content Settings" window under "Privacy" and select the "Let me choose when to run plugin" option (as seen in the image below).

You might already know this, but Google and Adobe are already working on a more power-efficient and less resource-hogging way to display Flash content on web pages.

As you can see, there are several ways to lower the memory, CPU and battery usage of Google Chrome. You can also use several applications that will help you manage multiple tabs, such as OneTab or The Great Suspender, or reset your browser settings to default (Settings -> Show advanced settings -> Reset settings -> Reset). Or opt for one of the available alternatives (like Firefox, Internet Explorer, Opera, Safari or any other).

If the GPU Process consumes a lot of memory. To do that, just right-click on Chrome's shortcut on your desktop, click Proprieties, go to the Shortcut tab and append the command --disable-gpu at the end of the target files, as you can see in the images above.