How to take a screenshot on Windows

How to take a screenshot on Windows

Taking screenshots has become a pretty common practice, as more and more users discover that it's an action which can be done with ease, and it's also a really useful and effective method of showing what's happening on your screen.

There are two basic methods of taking a screenshot on Windows: using Windows' default ways of capturing screenshots or using specialized third-party screenshot taking applications. If the first method was good enough, the second wouldn't have existed. In other words, if Windows would have offered a feature-rich, reliable, and easy-to-use solution to take screenshots, the many third-party applications created to perform this job on Windows systems would have been redundant and have no users. But until Windows Vista, Windows hadn't even provided a specialized utility for this job. On Windows XP and other older versions, you had to press the Print Screen key, then open another app (like Paint for example) and paste the screenshot there for further usage, editing, and manipulation. Since Windows Vista, the specialized screenshot taking utility called "Snipping Tool" has been introduced. So let's talk first about this tool, as it represents the first of the two general methods of capturing screenshots on Windows systems.

1. First, of course, launch it. This can be done differently depending on the Windows edition that you use. Basically, in Windows 10 and Windows 8 you use the Search function to type the name of this tool and select it from the results' list to run it. On Windows 7, click Start first to access the Search box. 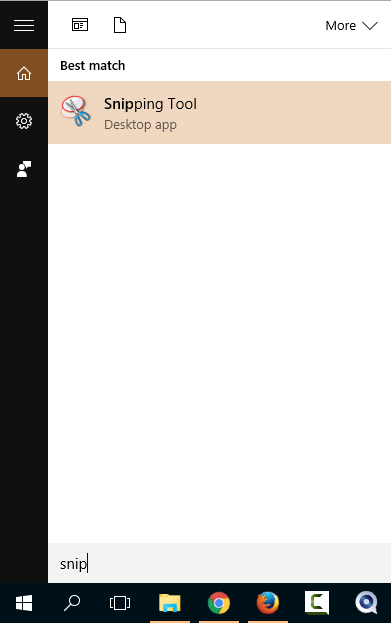 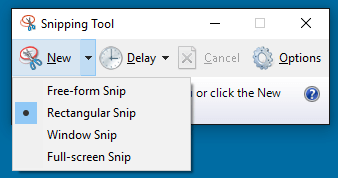 3. Once you release the left mouse button, a new window will open, showing you the screenshot that you just took. Here you will be able to annotate, write, or draw on the screenshot using the Pen tool, to save it to a local image file (PNG, MHT, GIF and JPG formats are supported), or to send it as an email attachment to anyone you want. 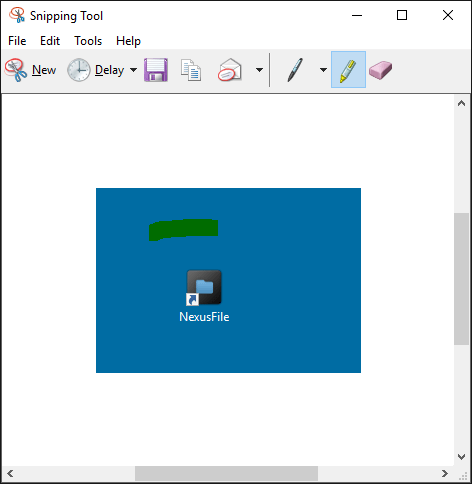 4. On Windows 10, you can also use a Highlighting pen on the taken screenshot, or configure a neat delay function which allows for timed capture of screenshots.

Windows' default Snipping Tool is a handy utility, but it's a rather new addition to the Windows family, and it's still far from the impressive capabilities that third-party screenshot taking apps have developed over the years. There are plenty of such tools that let you take screenshots on Windows systems and that offer a lot of handy additional features and functions, so I'd stick to showing you how to use just two of them: PicPick and Lightshot. I've chosen these two tools because they're free and because my experience with using them has always been a pleasant one. Other cool similar apps are SnagIt - from the team that also produces the famous Camtasia screen recording app, HyperSnap - an impressively feature-rich and powerful screen capture tool, Greenshot - a lightweight app that also supports Optical Character Recognition (OCR), ShareX - a comprehensive utility that also supports screen recording, and many more.

This free tool is really lightweight and neat. It requires you to create and use a prntscr.com account in order to be able to manage your screenshot history. Anyway, if you want just to upload the taken screenshots to the website and get the link that allows you to quickly and easily share those snapshots, you don't need to register and use such an account. Lightshot is really easy to use: after you download and install it, you will be able to access it from the tray menu. To take a new screenshot, right click its tray icon and select "Take a screenshot". Then hold pressed the left mouse button to select the screen area that you want to capture. When you release the mouse button, the selected area will be captured, and some options will appear around it. Among these, you have the possibility to share it on Facebook, Twitter, and other social networks, to print it, to save it, to upload the screenshot to prntscr.com and share it with whomever you want, to save it to local image files, or to edit and annotate it using tools like pens and brushes. This app also supports hotkeys and comes with a multi-lingual interface. 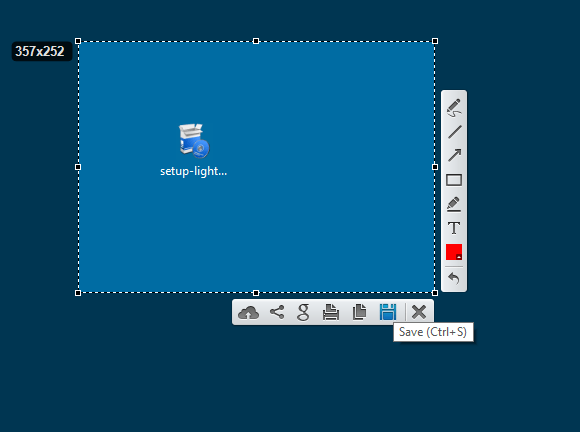 PicPick is much more comprehensive than the tool presented above. It's also my default choice whenever I need a screenshot taking app on the Windows computer that I use. PicPick is free for personal use, yet it offers an impressive number of handy additional features, functions, and settings. It's in fact much more than just a full-featured screen capture tool with image editing functions, as it also includes graphic design accessories like a color picker, pixel ruler, protractor, crosshair, magnifier, whiteboard, and more.

To take a new screenshot, use the assigned hotkey combination or go to its tray icon, right-click it, hover the mouse cursor over the Screen Capture entry, then select from the next menu the type of the screenshot that you want to take. 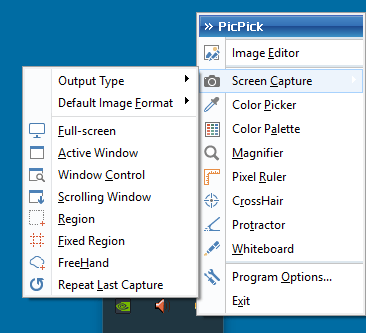 Once the screenshot is taken, it can be opened in the default PicPick's image editor where you can perform a lot of alterations and modifications: annotate and highlight your images, add text, arrows, shapes, apply effects like drop shadows, frames, watermarks, mosaic, motion blur, etc.

This tool also lets you save, share, or send your captured images via the Web, email, FTP, Dropbox, Google Drive, SkyDrive, Box, Evernote, Facebook, Twitter. A lot of customizable settings are also available, including the possibility to change the hotkeys as you like. 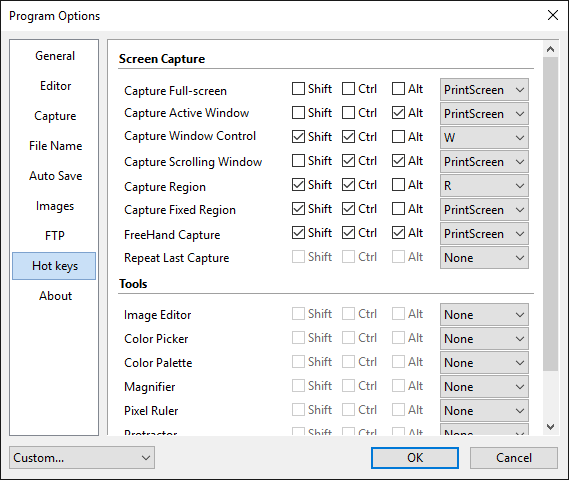 Taking a screenshot is easy, regardless if you choose to use Windows' default Snipping tool or a third-party app.

Tutorial tags
featured Oct 06, 2015
How to take screenshots on Mac OS X
featured Feb 27, 2018
How to record PC screen
featured Jul 05, 2018
How to clean registry
Check our latest how to articles